Thanks to Silva and Homeij who put the Siva Exceed XT at my disposal to perform this test.

The Silva brand is well known for the robustness of its products, be it compasses or headlamps.

The Silva Exceed XT is delivered in a semi-rigid box that facilitates its transport.

The box contains the lamp, its battery, its charger, a head strap, a helmet attachment and a bicycle attachment. Indeed the Exceed Xt is intended to be a multi-support lamp.

Whether you are wearing it on your head during your trails or on the bike rack for your night-time training or on your ski helmet for descents in moonlight ...

All these changes are done in a split of a second just by unclipping the head of the lamp and clipping it on its other support. The operation takes only a few seconds.

The Silva Exceed XT has three predefined lighting modes depending on the activity.

Each of the three modes has a beam suited to its activity.

For the bike mode, the beam is tighter and illuminates further.

For the trail mode, the beam is very wide to sweep all around you.

And the ski mode is between the first two.

But you are free chose the mode you want for the activity you want. Changing mode is done with a simple press on the button.

The autonomy of the Silva is given for 10h at 400 lumens and for 4 h at 1300 lumens which gives enough time for your longest activities in each sport without ever risking to run out of battery.

However, I would like to point out a remark about the lumens announced by Silva.

We are talking here of true lumens, no Chinese lumens as on certain lamps of poor qualities that announce a huge amount of powers.

I had the opportunity to compare it during different activities with Chinese lamps given for twice of the power and the Silva Exceed was still well above these so-called more powerful lamps.

The Silva Exceed XT is recharged using the supplied USB charger. It will warn you when its battery is low by several flashes and will then automatically switch to economy mode to leave you enough light to complete your activity.

The body of the lamp is made of aluminum which ensures it solidity and robustness even for very engaged activities such as Mountain Bike where the branches from the trees can come striking the lamp while rinding.

As on all headlamps of this power, the battery of the Silva Exceed XT is deported. Indeed it wouldn't be comfortable to wear it to the back your head.It can be placed on a waist belt or in your hydration bag.

For night skiing, my advise is to slip it in the pocket of your jacket warmly close to your body, which will maximize its autonomy. While using it on a bike, I fix it in the hydration cage.

If you are looking for the ultimate headlamp able to illuminate you during a night ski session at La Meije in France, a lamp for your night trail or a lamp for your winter Mountain Bike rides, look no further, the Siva Exceed is the lamp you absolutely need.

So you do not buy one headlamp, but three lamps for the price of one.

As always for Silva, quality is at the rendezvous. Of course the Silva Exceed XT is not cheap, but we are talking about a high-end headlamp with huge lighting capabilities, nothing to do with a small AAA batteries head lamp. 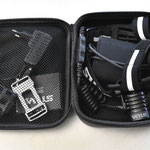 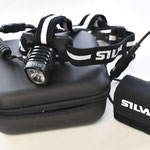 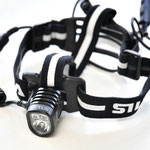 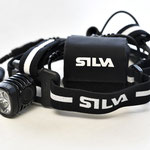 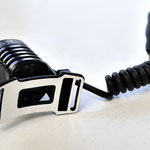 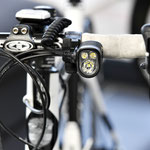 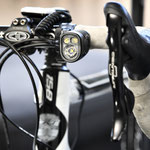 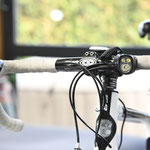 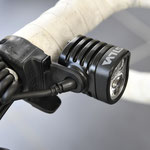 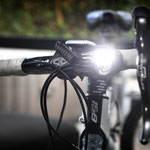 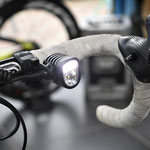 All the pictures on this website are copyrighted © Fred Guerdin